Soap in public restroom can contaminate your hands Washing your hands with soap and water is the best way to prevent the spread of illnesses and the transmission of germs according to The Centers for Disease and Prevention. It should be done regularly, for at least 30 seconds, and especially after going to the restroom. During the day, you pick up germs and touching your face with contaminated hands is enough to make you sick. Soap removes germs more effectively than water but what if the soap is dirty? Can the soap transfer germs?

Originally, bar soaps were found in public restrooms but got removed when studies showed that they were unhygienic and could transfer germs. The use of soap dispensers has been encouraged to limit contamination. But in public restrooms, studies found that“One in four dispensers is contaminated” allowing germs to thrive in soaps. Washing your hands with contaminated soap can add more bacteria on your hands than you had before washing them, thus contributing to the transmission of germs and spreading of infections.

How does the soap get dirty?

Several reasons can explain this phenomenon. Soaps contain preservatives to limit the growth of harmful microbes, but those preservatives may break down over time and become less effective.

Dispensers aren’t cleaned properly. Dispensers should be thoroughly cleaned before refilling them. Bulk soap dispensers are the most common type of dispensers found in public restrooms. To refill a bulk soap dispenser, you have to top off the soap inside through a lid while the dispenser stays mounted on the wall. The amount of bacteria found in the dispenser was 1000 times higher than the recommended limit. Researchers found that even if you take the soap out of the dispenser, disinfect the equipment with bleach, and refill it with safe and new soap, within two weeks, the soap inside the dispenser will be as contaminated as before the cleaning. Bacteria in the dispenser can be resistant to bleach, and even a small quantity of bacteria remaining is enough to contaminate the soap. Soap dispensers are usually mounted on the walls and it is harder to clean the inside properly. Previous studies have demonstrated an association between the use of bulk soap refillable dispensers and bacterial contamination of the soap. Bulk soap refillable dispensers can increase the number of germs on the hands and may play a role in the transmission of bacteria in public settings. They have been removed from healthcare settings as they increased the risk of cross contamination but are still common in public restrooms.

“Topping off” or improper refilling. The Centers for Disease Control and Prevention “Don’t recommend adding soap to a partially empty soap dispenser as it can lead to bacterial contamination of soap”.

Airborne and environmental contaminants from the restroom can enter the dispenser when open, especially in an environment where faecal bacteria are thriving. In most contaminated dispensers, coliform and faecal matters were found in important quantity.

Cleaning personnel can contaminate soap when refilling the dispenser with bacteria present on their hands, like after having just cleaned the toilets or if they aren’t wearing gloves.

Companies usually use concentrate soap that they dilute after. If the dilution is too important and more than recommended, it can make the soap less effective against germs.

How to avoid this situation?

The best and easiest solution is to replace bulk soap dispenser with sealed soap dispenser. With a sealed system, to refill the dispenser, you only have to put a sealed bottle or a pouch inside the equipment and don’t risk touching the soap.

As a user, If you aren’t sure about the soap in a public restroom, you can also complement hand washing with hand sanitizing to ensure safe hands.

American Society for Microbiology. 2010. Bacterial Hand Contamination and Transfer after Use of Contaminated Bulk-Soap-Refillable Dispensers. [ONLINE] Available at: http://aem.asm.org/content/77/9/2898.full. 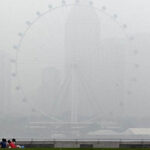 How to protect yourself against the haze?

How to make your child wash hands? 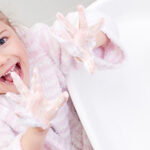 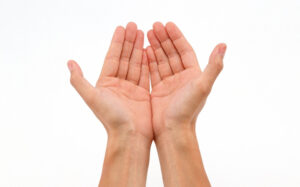 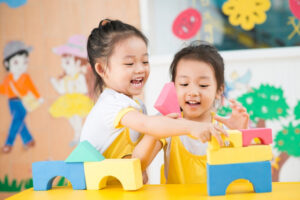 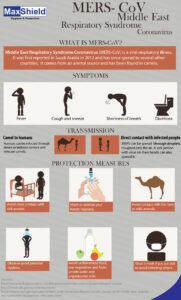 MERS-CoV: All you need to know [infographic]

All you need to know about hand sanitizers